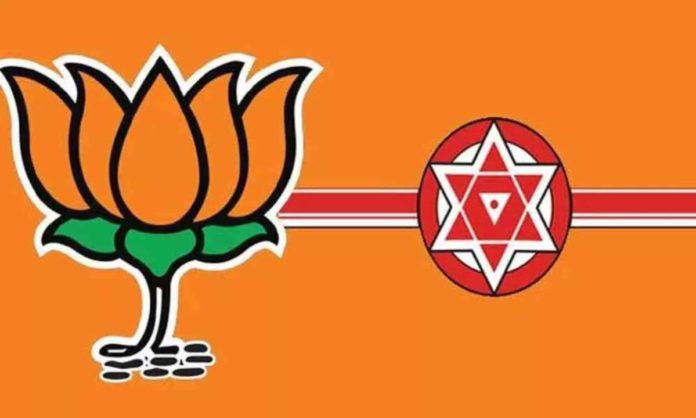 It is already known that the Bharatiya Janata Party and the Jana Sena party have a strong alliance with one another in Andhra Pradesh. The two parties contested in the Tirupati by-polls together, with a joint candidate, Ratna Prabha.

For some time now, the Telangana wings of the party have also been talking to each other and discussing their coming together. It is now being said that these parties have finally found common ground and are ready to come together. The leaders of both parties are reported to have held a meeting together, at Jana Sena Chief Pawan Kalyan’s request.

In this meeting, they are said to have arrived at a decision about standing together for the upcoming Khammam municipal elections. In another meeting, they are expected to decide upon who would contest from where.