Longest sixes ever in Cricket 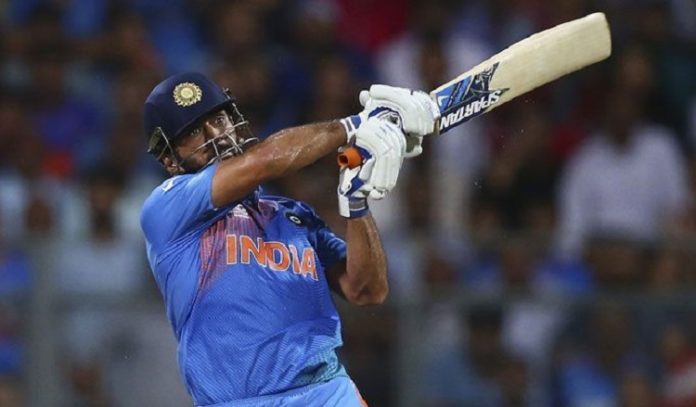 Watching a batsman hitting a sixer can always be a delight for every cricket lover, especially if it was from their favorite cricketer. Longer the six, more the happiness, a cricket lover feels. Here are 10 such longest Sixers in the history of cricket, which delighted the audience watching the game.

10. MS Dhoni also appears again in another position in the list. The 10th position six was during the 2011-12 Commonwealth Bank series, when Dhoni cleared the long Adelaide Oval boundaries while under immense pressure. The ball went to 112 meters high from the ground.

9. Ijaz Ahmed, the retired Pakistani cricketer was one of the most underrated cricketers. During India vs Pakistan match at Mohali in 1999, there were only two sixes in the entire match and surprisingly, both of them were hit by Ahmed.

8. Corey Anderson, who once played for the Mumbai Indians in the IPL has managed to occupy the 8th position in the list. In New Zealand vs India match, he hit a ball on the roof of Napier. With four sixes, he took New Zealand score to 292. Two out of four sixes were out of the ground.

7. Chris Gayle hit the biggest six of the entire World Twenty20 tournament in 2010. On May 9th, he hit a stunner on Yusuf Pathan’s bowling. His performance stood out of the entire game in those days.

6. Shahid Afridi also has a double entry in the list like Dhoni. Afridi is identified for his aggressive batting style. During Pakistan’s pursuit of Australia on January 30th, 2005, Afridi hit the ball into the stands of Perth.

5. MS Dhoni came up with an impressive sixer in the third ODI for India on March 8th in 2009. He didn’t even look at the ball once it left his bat. That made the six more spectacular.

4. Mark Waugh, the retired Australian cricketer is identified as one of the most gifted stroke masters. He hit a massive six on November 21st, 1997, which took the cricket fans out of joy.

3. Yuvraj Singh came up with an admirable six on 22nd September 2007 during the World Twenty20 against Australia. He scored 70 off 30 balls, which was widely lauded during those times. The 120m six, he hit, was the major highlight of the match.

2. Shahid Afridi is identified as the king of sixes for owning the record of most number of sixes in ODI cricket. It was on March 17, 2013, Afridi hit one of the biggest sixes of all time, during the 3rd ODI of Pakistan’s tour to South Africa.

1. Albert Trott, who made it to the top one position was a test cricketer for both England and Australia. The top position is not for the longest six, but for the six that deserves an iconic place in history. In 1899, Albert cleared the Lord’s Pavilion and according to the history, he is only one to do so. It is thus identified as the most iconic sixes in the history of cricket.

Kolkata Knight Riders will be the last team to kickstart their IPL 2020 season. The Dinesh Karthik led side will take on defending champions...
Read more
Sports

IPL 2020: KKR vs MI Preview: Crucial game for both the teams

Dream 11 Indian Premier League is providing the much-needed relief to the cricket lovers. Although sports lovers can't experience the same in the stadiums,...
Read more

In the recent 17th episode of a Big boss Telugu 4 contestants were on fire ever since the nomination process and true colours started...
Read more

Dr. P Ramesh, the main accused in the Swarna palace Mishap was served notices from the Vijayawada Police and he has to appear before...
Read more
Political News

Social media celebrities have often been in the centre of news for all the wrong reasons. The model-turned-entertainer Poonam Pandey never fails to grab...
Read more

Dr. P Ramesh, the main accused in the Swarna palace Mishap was served notices from the Vijayawada Police and he has to appear before...
Read more
Movie News