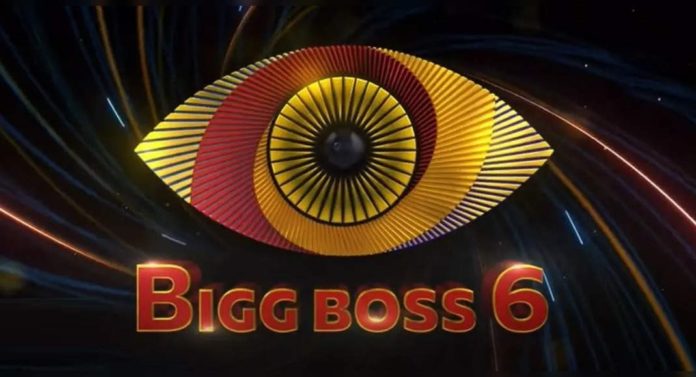 The sixth season of Bigg Boss Telugu is now well into its third week, with the housemates having completed 28 days in the house. On Sunday, host Nagarjuna returned to Bigg Boss, with a long episode, on the occasion of Dussehra. The housemates had a lot of fun, with one housemate walking out of the house this week, as part of the eviction process.

A lot of fun was generated with the housemates, and several celebrity dances and song performances also took place in between, with the director and leading lady of Nagarjuna’s upcoming film, The Ghost, having come to the house as well. Director Praveen Sattaru and leading lady Sonal Chauhan were a part of the episode on Sunday, and gave a new vibe to the show for as long as they were there. Nag started off the day by showing Keerthy the video clipping of Chanti saying that she was working just for the cameras. The confusion was cleared and Keerthy came to the conclusion that Chanti didn’t mean in the wrong way, and even apologized to him. Nag told the housemates that it’s very important for people to sort out their issues and be clear, before something like this repeats again. With regards to the rift between Chanti and Geetu, Nag advised Faima and Baladitya to team up and make sure that Chanti and Geetu sort out their problems.

The housemates were then given the Sweet Laddu and Bitter Laddu task, where they had to give one each to a housemate and state their reasons for the same. Finally, there was a wrestling task, in which boys and girls were pitted against each other.
1. Raj and Faima, with Raj being the winner
2. Revanth and Geetu, with Revanth being the winner
3. Rohit and Marina, with Rohit being the winner
4. Arjun and Sri Satya, with Sri Satya being the winner
Ultimately, girls won the Dussehra gift, and were asked not to share their gift with the boys.

In the end, Arohi was eliminated this week, resulting in a very emotional send-off for the housemates. Surya, Keerthy and Rohit-Marina were the most affected by Arohi’s elimination, and Inaya as well.

Previous article
Day 3 of HHVM’s workshop wraps up
Next article
Swathimuthyam will resonate with the audience: Ganesh