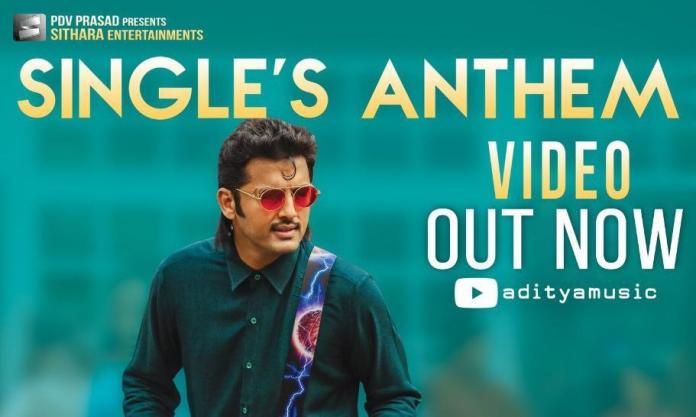 Young hero Nithiin who has been looking to bounce back with the film Bheeshma has pinned many hopes on it. Bheeshma has been directed by Venky Kudumula whose debut project Chalo was a massive hit.

The director who is a protege of Trivikram Srinivas has been known for his subtle entertainment and hilarious taking. Bheeshma has been creating right impression on the audiences right from the film’s announcement.

Three songs from the movie are already a massive hit and Singles anthem among them stands out. On the eve of valentine’s day today, movie unit has decided video promo of the song which has been extremely impressive.

Be it the funny costumes or vintage take, the song adds extra flavor to already impressive lyrics and catchy tune. Nithiin in the song is struggling to get a girl friend which due to many circumstances he has been failing to get one. The entire setup has been impressive.

Steps are simple and the song is conceived as per the lyrics. Kushi reference temple scene in the last will work out very well. It is too funny. Overall with this video song promo, the movie will score brownie points from the audience. Bheeshma is releasing on February 14th.