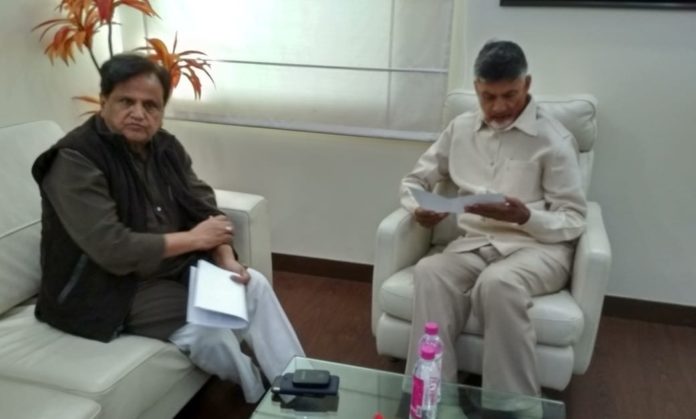 Since the time ex Personal Secretary Srinivas was caught with credentials of past work, more and more information has neen surfacing on a daily basis.

Latest is that, all details regarding how much of State funds were given to Contractors and the commission taken by Ex Chief Minister Nara Chandra Babu Naidu. From this money, seems like most was used to bribe the officials of Congress party in the Center back then.

Sonia Gandhi’s close aid, Ahmed Patel of Congress Party had received about ₹400 crores of Black Money as per the documents found at PS Srinivas’s house.

IT department had issued notices to Ahmed Patel to explain his involvement in this and also asked him to attend the enquiry on 14 of February.

But since he used an excuse of getting treatment in Hospital for his illness, he did not attend his enquiry. Therefore, the IT department had issued another notice to him on 18 February to come for the enquiry. According to the latest notice, Ahmed Patel was told to be present within 3 days and clarify on the ₹400 crores.

Boards such as Enforcement Directorate (ED) and Serious Fraud Investigation Office (SFIO) has got together for process.

During Chandra Babu Naidu’s time, starting from the Drinking Water Projects to House Construction for the poor projects, the Contracts were given for the ones who will give commission on the inflated quotations.