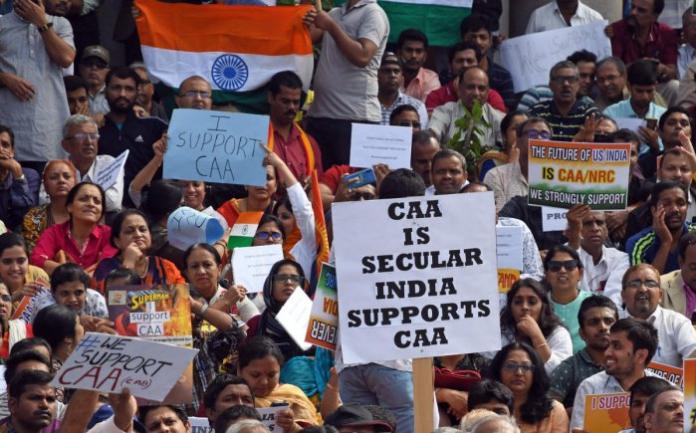 The voice of support for the Citizenship Amendment Act (CAA) is getting louder. On Monday, rallies, meetings, and signature campaigns organized in favor of it in all the states, including Uttar Pradesh, Uttarakhand, Madhya Pradesh, and Jharkhand.

A public awareness procession held in Varanasi and other cities of Purvanchal along with Aligarh, Kanpur, Auraiya. Tiranga rally held in Ballia.

Awareness marches organized in various districts of Punjab. In many regions, BJP leaders burnt effigies of the Punjab government. An awareness rally organized in Kangra and other areas of Himachal Pradesh.

BJP was not allowed to take out a rally in Kashipur in Udhamsinghnagar. A rally was held at Satpuli in Pauri under the leadership of state tourism minister Satpal Maharaj.

During this, Satpal Maharaj said that the public is giving a befitting reply to those who spread confusion about the CAA, people have understood the conspiracy of the opposition parties.