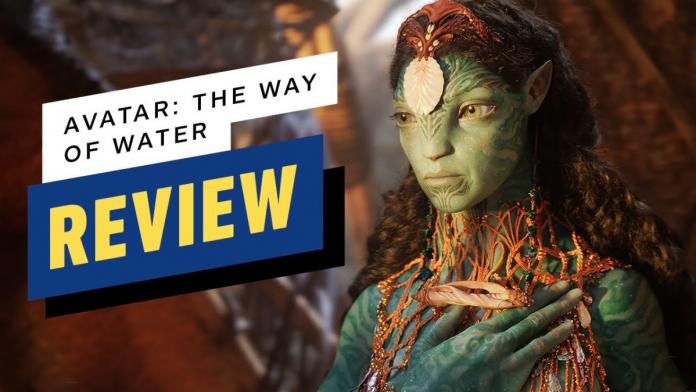 Hollywood director James Cameron, who has delivered many blockbuster films in his career, like Titanic and The Terminator franchise, among many others, took the world by storm more than a decade ago, when he made the film, Avatar. The film went on to become the highest grossing film of all time in the world, and has continued to maintain that position ever since. The impact that Avatar created was such, and now, the sequel for the movie, Avatar: The Way Of Water, has come out. Let’s see how that turned out to be.

The Way Of Water follows our protagonist Jake Sully and his partner Neytiri, following the events of the first film. The couple now has four kids and they all continue to live in the forests of Pandora. Everything seems to be fine until the Sky people are back and  Jake’s foe returns for vengeance. To save their people, Jake and his family go into hiding. Where they go and what happens there forms the rest of the story.

Sam Worthington, who is seen as Jake Sully in the film, manages to keep the emotions of the audience in check, giving them a reminder of all that his character has been through in the first part, while also pushing them forward, into the future. He handles his role of a father in a very matured manner, while also staying in touch with the kind of person he was in the first film.

Zoe Saldana, seen as Neytiri in the film, also carries her role very gracefully. She is the same native NA’VI woman that we met in the first part, but how her experiences and motherhood changed her is clear to us in every step that she takes and every decision she makes. In a few key scenes throughout the film, she shines through.

Stephen Lang, who died in the first installment, has returned as the primary antagonist for the second film as well. His character hasn’t gotten much of an upgrade, but there’s a lot of personal stakes involved for him in the second film.

Sigourney Weaver, who was seen as Dr. Grace in the first part is back in the second part as well, as Kiri. She has an interesting storyline in the second part, which is surely going to be a highlight in the future films.

The second part centers around the children of Jake and Neytiri, and all the children have shone through pretty well, especially the one who played Lo’ak.

James Cameron hasn’t written an out of the box story for the second part, and he treats every frame and emotion just the way he did the first part. Avatar 2 is a simple story, about the survival of a family, when they are in deep crisis. The way he handles every character and how he demonstrates the bond between them is the major highlight of the film, and it’s what keeps you engaged in the film. The director could have, however, done away with a lesser runtime for the film, as the film feels like its going beyond what’s necessary in many areas. This second part of the Avatar franchise is surely a mere setup for what’s to come, and it most certainly has set up its future instalments quite well.

The background score of the film is one of the major assets for the film,t making the audience for a ride along with it. It will make you feel every high and low that the characters are feeling, simultaneously.

As with the first part, the second part also boasts spectacular visuals, with the water scenes especially standing out. The cinematography is outstanding and all too believable. The film will surely give you a feeling that you’ve been transported to a different world while you’re watching it.

The production design and editing are good enough as well, but as mentioned earlier, the editing could have been a lot crisper, as the film lags a bit in places.

Verdict: If you have enjoyed and are a fan of the first part, you will definitely love the second part of Avatar. This is a film that needs to be watched and enjoyed in theatres, and it will not disappoint you.