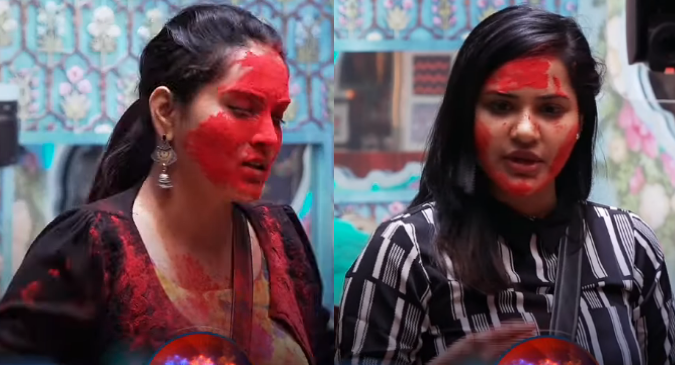 Himaja is one among the contestants of Bigg Boss 3 Telugu, who is not known to many before the show. But after stepping into the Bigg Boss house, she was able to earn a decent following for herself.

Playing the tasks well, taking a stand in the controversies and entertaining the housemates could generally be the reasons for any Bigg Boss contestants to achieve fame. But Himaja was able to earn it, by getting cornered by the housemates on a continuous basis.

In the last night episode, Ashu Reddy, who is identified to be the most inactive person in the house, nominated Himaja and said that it is not fair to to do back bitching about her. She asked Himaja to tell her on the face.

If one can recollect, when Sreemukhi told Rohini that she is going to get eliminated last week, Ashu was the first one to go against the star anchor saying that she has no right to tell it on the face, as it would hurt them. So, it is clear that Ashu statements about Himaja contradicted with her earlier statements about Sreemukhi.

Meanwhile, going with the trend of the eliminations till date, while Hema and Tamanna Simhadri were eliminated for the kind of controversies they were involved in, Jaffar and Rohini were eliminated for their zero performance. In that case, Ashu has every chance to face the exit gates in this week, as she is the only contestant among the nominated ones, who offered zero content in the Bigg Boss house.