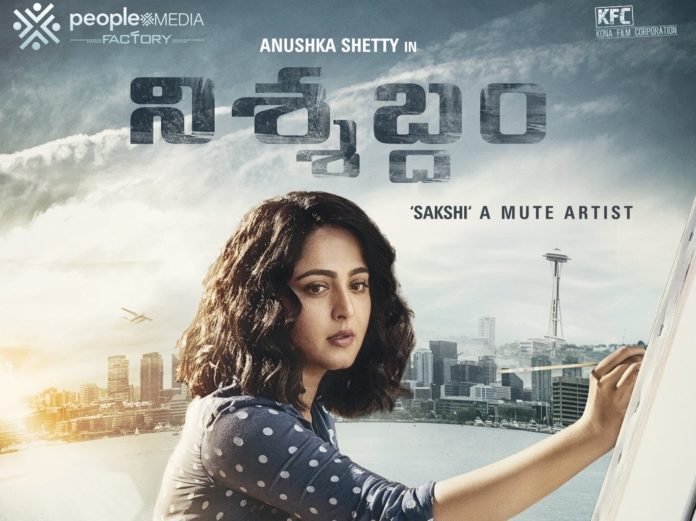 Lady Superstar Anushka becomes synonym to lady-oriented films as she has already done some super hit films like Arundhathi, Rudhramadevi, and Bhagamathi. She is now all set to enthrall the audience in another female-oriented concept film titled Nishabdam, which is one of the most awaited films of the year.

Directed by Hemant Madhukar, Nishabdam stars Anushka as a mute artist whose romantic getaway with her husband turns into a nightmare when she becomes a witness to a murder. The film features Anjali in the role of a crime agent. The supporting cast includes Hollywood actor Michael Madsen and Subbaraju.

Originally shot in Tamil and Telugu, the film will be released in Hindi, Malayalam, and Kannada as well. This multi-lingual film is jointly bankrolled by Kona Film Corporation, Cosmos Entertainment, Kiran Studios, and People Media Factory.

Well, let us wait for the roaring performance of Anushka as mute artist Sakshi.