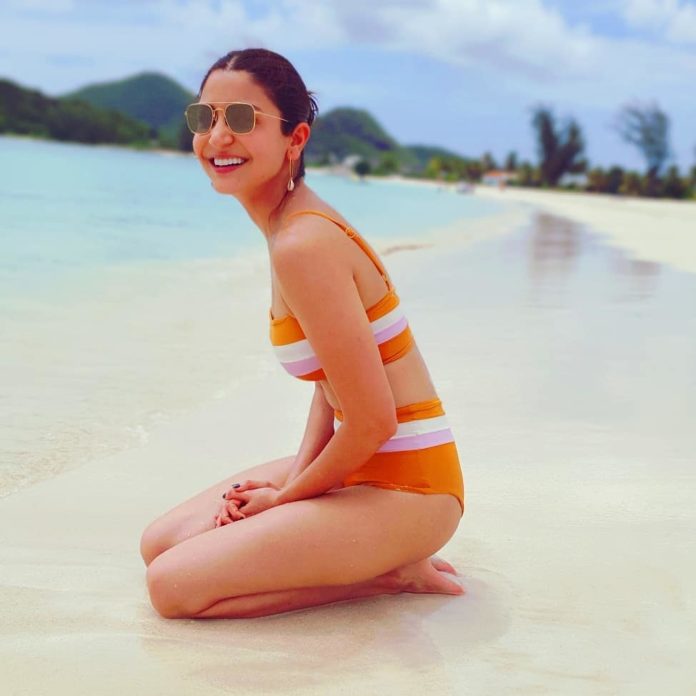 Not many appreciate the glamour of the actresses on the social media, especially if they are related to some big families or carry any legacy. Anushka Sharma is currently facing the similar situation.

The Bollywood actress, who rarely faced any negativity for her pictures before marriage, is finding it tough with almost every post of hers, after her wedding with the Indian Cricketer Virat Kohli. As Kohli is representing the country at the international level, with his identical sport skills, most of his fans are finding fault with Anushka posting her bikini pictures on the Instagram.

Recently, the Sultan actress posted a picture of her alongside a beach, in which she was seen in a two piece suit. She also quoted it, saying “sun kissed”. But not many are happy with it and jumped immediately into it to criticize the actress and requested her to delete it. To calm down the situation, even Kohli came into the picture, and appreciated Anushka’s post with a love emoji. It was then the things calmed down to some extent.

Wearing a swimsuit is inevitable alongside a beach. One cannot expect an actress to wear a saree in such situations. Adding to it, there is no vulgarity in the picture, as the followers are complaining. So there is no point in Anushka deleting the picture, as it is her right to live her life on her own terms, unless and until, her posts truly deserves such backlash.