YSRCP government, which is on a spree of doing exactly opposite of what the earlier government did, has resorted to one such activity again.

In TDP’s regime, YS Rajashekar Reddy’s status, which was on the main road in Vijayawada was removed, alleging the traffic congestion. The issue has invited severe uproar from the then opposition party YSRCP.

Especially, the then YSRCP leader Vangaveeti Radha staged a huge protest and the issue was constantly in the news for the good number of days. But the ruling party was strict about its decision and has never thought of re-erecting the statue.

Now, after YSRCP formed the government, it resorted to the re-erection exactly at the same spot, where the earlier statue was erected. The removal of the old statue allowed the free flow of traffic, as it was in the very main junction of Vijayawada.

After the bifurcation of Telugu states, Vijayawada became a main city which led to the severe traffic flow. So, the removal of the statue was considered as inevitable. But the YSRCP re-erecting the statue at the same spot is just being considered as an ego satisfying act but nothing else.

The things of this sort would trouble the ruling party even more and may face a backlash from the public, as it clearly evident that the YSRCP is only trying to satisfy its ego since the formation of its government, avoiding many other developmental programs. 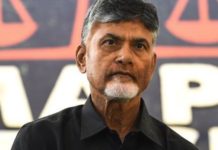 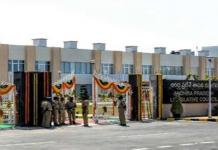 TDP leaders have voted against the TDP will and supported the YSRCP.