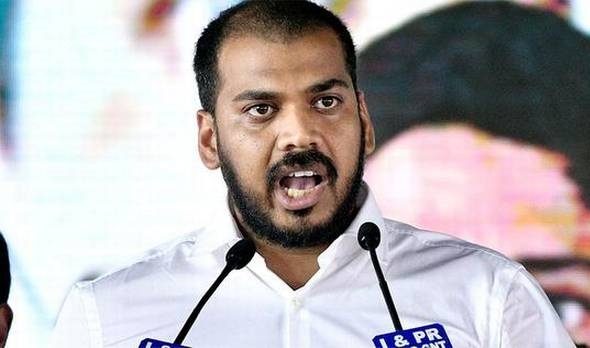 In one of his recent interviews to a TV channel, YSRCP MLA Anil Kumar Yadav, has come up with some sensational comments against Janasena Chief Pawan Kalyan.

Anil said that he is a huge fan of the entire mega family, including Pawan Kalyan. But when it comes to politics, he said that Pawan is not a genuine leader. He went on to blame him, saying that, in TDP’s regime, the actor turned politician always went against Jagan and not Chandrababu Naidu and even now, he is continuing the same.

Not only Anil, but several other YSRCP leaders and activists said that a political leader should go against the ruling party but not the opposition. In that case, Pawan is currently going YSRCP, which is the ruling party of course. But the leaders like Anil, are still trying to blame Pawan with the illogical questions.

Not stopping there, Anil also tried to create differences within the mega family saying that the Janasena Chief did not stand beside his elder brother Chiranjeevi, when the latter was facing few troubles during Khaidi No 150.

But it is an open fact that in numerous interviews, Pawan tried to highlight Chiranjeevi and gave all the credit to him, for his success in cinema. He also declared that the political ways of the duo, may be different, but he always respects his brother irrespective of the politics. So the baseless comments of the YSRCP MLA, would only make him a laughing stock on the social media.