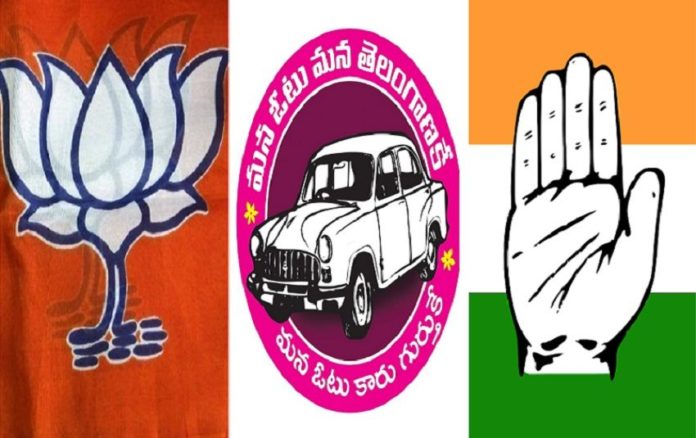 The Telangana state looks up to no other party except TRS headed by their visionary leader KCR when it comes to any level of polling.

The amazing strategies opted by the KCR, Harish and KTR in building the party made them a superpower not only in the state but also in entire South India. This progress made KCR confident in rethinking his federal front plans.

But, no game is one-sided until the opposition gives up. The sad state of the opposition parties in the Telangana tells us the smothering of the KCR&co in their state.

While the notable parties like Congress and BJP are reviving their boost-ups, TRS is heading to an unbeatable position. There are several reasons for the failure of the opposition which we can state as obvious but the about-to-discuss terms are the most prominent among all.

For every state, there has to be an unofficial unity among the opposition parties to hit a Super Power. Unfortunately, both Congress and BJP are the arch-rivals and the TRS is constantly benefited from this equation.

If we observe in AP, TDP-Janasena-Alliance made sure that YSRCP couldn’t get along smoothly in the 2014 elections. But, in 2019 every one of them fought individually with YSRCP and Jagan cleverly did cut the ties between these three parties with his deadly jibes which did him a world of good.

Another thing here in which that KCR succeeded the most is, at no point he let the opposition grew stronger. With the help of KCR and Harish, he monitored every step of BJP and Congress using all his power and hindered their growth in the budding state.

Even in Municipal elections, after the landslide victory, KTR invited the rebels and opposition party leaders who emerged as victorious into the TRS despite all odds and consequences. These kinds of bravery steps seriously lack in both BJP and Congress as they always intend to play a safe and individual game.

So, with the help of their vast experience in national politics, Modi and Sonia need to implement a new set of strategies either individually or collectively to give something back to TRS as ‘there are no friends and foes in politics’.

otherwise, the situation may get even worse for them so that they can’t do more than regretting at some stage.