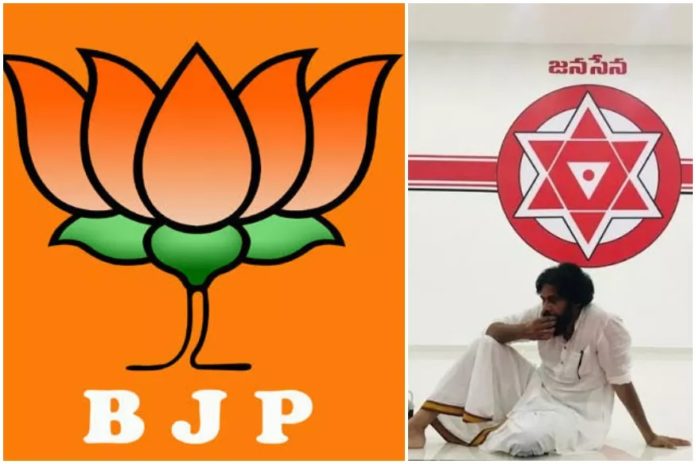 The politics of Andhra Pradesh is taking a new turn every moment. Unnecessary alliances formed. New political developments are happening at every step. On 16 January, Jan Sena and BJP will hold an extraordinary meeting in Amravati.

In which the methods and means of starting the movement against the YSRCP government will be discussed, and its steps will be taken to move the capital from Amravati to Vizag.

Janasena and BJP parties are strategizing to start a joint movement. The two parties coming together are keenly watched in political circles. The opposition of Amravati now spread in districts like East and West Godavari and Prakasam.

There is also restlessness in the Rayalaseema region. In this backdrop, the coming together of Jan Sena and BJP can see as essential development. The meeting follows Pawan Kalyan’s recent visit to Delhi, where he met BJP National Executive President JP Nadda.

Meanwhile, BJP state head Kanna Lakshminarayana clearly stated that his party has been very consistent about the transfer of capital from Amravati. And also said that he would soon launch a large-scale agitation program across the state.