An animal tests positive for covid-19 for the first time ever! 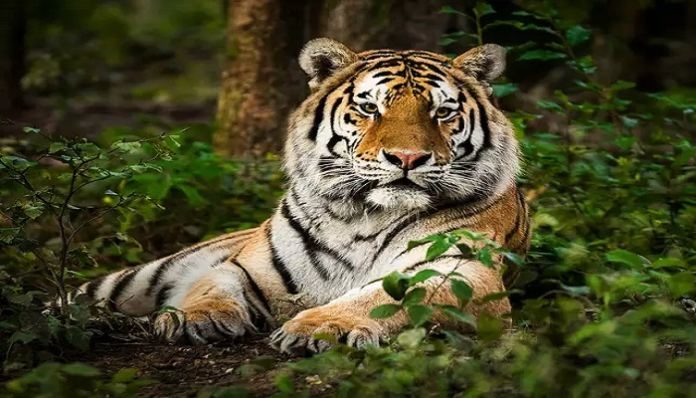 A four-year-old Malayan tiger named Nadia from Bronx Zoo in the US has been diagnosed with covid-19. Federal government officials said it was the first animal to be infected in the world. Along with Nadia six other tigers and lions also fell ill and some of them have decreased appetite and some have cough symptoms. No other animals were found positive for corona.

An employee at the zoo would have been asymptomatic for corona virus, and through him the disease might have transferred, the wild life conservation society’s Bronx zoo stated in a news release.

Though they have experienced some decrease in appetite, the cats at the Bronx Zoo are doing well under veterinary care and are found to be healthy and interactive with their keepers,” the zoo said.

Coronavirus symptoms were seen on March 27 for the tiger Nadia. Now it is reported that it is in recovery stage. After the corona rampage in New York, the zoo has been shut down since March 16. Zoo director Jim Breheny said they were in utter dismay and couldn’t believe the tiger was infected by the corona.

They are hopeful that this news will be useful to the other countries of the world. Corona Tests are conducted for humans and animals differently. So there is no competition for both. Test kits used for humans are obviously not used for animals, said Jim Breheny.

The American Veterinary Medical Association and Federal Centers for Disease Control and Prevention (CDC) have suggested that those who are infected with coronavirus should take their pets away and urges to wash hands after touching the pet.

In a new notice issued by the Karnataka Government, a COVID-19 patient can be released following 10 days of onset of symptoms only after...
Read more
General News

DL and LLR tests to resume from June 1st in AP

It is known that shooting schedules of all the films got disrupted badly because of the lock down. This situation is prevailing from the...
Read more
Movie News

There was a time when multi-starrers were a rage. It was always a great treat for the audience to watch two star actors together...
Read more
Movie News

While numerous Bollywood actors have taken up things like baking, hairdo etc by exploring their imaginative side in the lockdown stage, Varun Dhawan appears...
Read more
Movie News

Mother sentiment to be highlight of Sai Tej’s next

Mega hero Sai Tej who has found his lost mojo back with back to back hits last year is now playing lead role in...
Read more

Lockdown 5.0 : Here are the Key Elements

India relied heavily on the Lockdown soon after hundreds of cases were reported within a span of a week in mid-March. After issuing some...
Read more
Political News

The YSR Congress Party being led by Jagan Mohan Reddy is using every opportunity to trouble the TDP Chief and the former Chief Minister,...
Read more
Political News

The High courts of both Telugu States are extremely disappointed with the way the two governments are behaving in their own states. Both YSRCP...
Read more
Political News

While Chandra Babu is planning the Mahanadu with full josh, YCP is ready to complement the CBN's grand entry with an unexpected gift. Yes,...
Read more
Political News

The procedure of selling TTD lands has created enough storm in Andhra Pradesh as this week’s politics revolved around this issue mostly. The YSRCP government was...
Read more