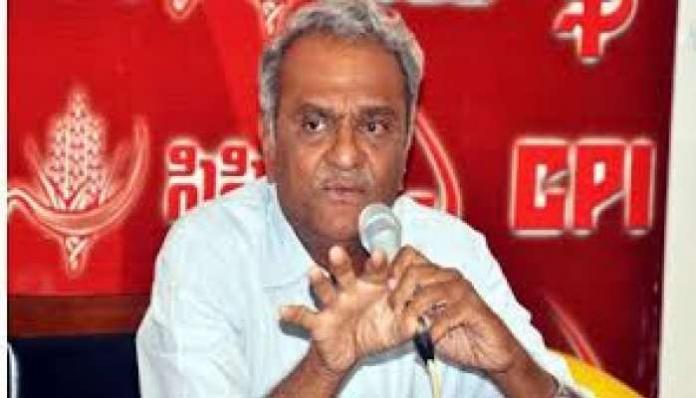 AP, CPI (M) national secretary Narayana recently lashed out at the ongoing politics in Andhra Pradesh and Telangana. Narayana made sensational remarks on the politics of the ruling parties targeting YCP rebel MP Raghurama Krishnamaraju in the AP and former minister Etela Rajender in Telangana.

CPI Narayana revealed that the reason behind the arrest of YCP rebel MP Raghurama Krishnamaraju was Union Home Minister Amit Shah. He said that there was no possibility of the arrest of MP Raghuram without the cooperation of Union minister Raghurama Krishnamaraju and Telangana CM KCR. Narayana indirectly reminded that Raghuram was arrested by the AP CID police in Hyderabad, which the Telangana police and the CRPF could not prevent.