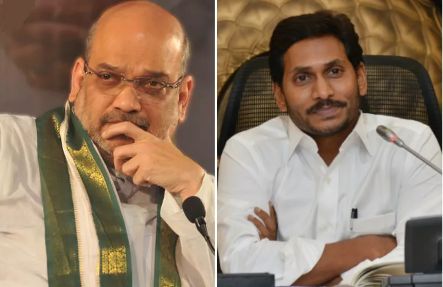 The environment in a fish market or Raithu Bazar is far better than that of the legislative houses in our country. It is known that the rumour of Kia Motors shifting its base to Tamil Nadu has shaken the entire state. This effect also influences the state of the parliament and Amit Shah is very serious on the YSRCP MPs.

In the parliament, TDP MP Ram Mohan Naidu spoke about the current situation in the state by comparing the days when Chandra Babu was the Chief Minister of the Andhra Pradesh. He said that may investors are interested in their business expansion in Andhra Pradesh when Naidu was CM but in Jagan’s government the existing companies are trying to move from the state.

At the time of this proper discussion, YSRCP MP Gorantla Madhav rushed towards Ram Mohan Naidu and tried to obstruct his speech which prompted the chairman of the house to warn the YSRCP MP. Including Gorantla Madhav many YSRCP MPs raised their voice in the parliament in an objectionable way.

Even in the past, the YSRCP leaders forgot all their senses in the parliament and Amit Shah is reportedly very serious on this intolerant behavior of the YSRCP MPs.