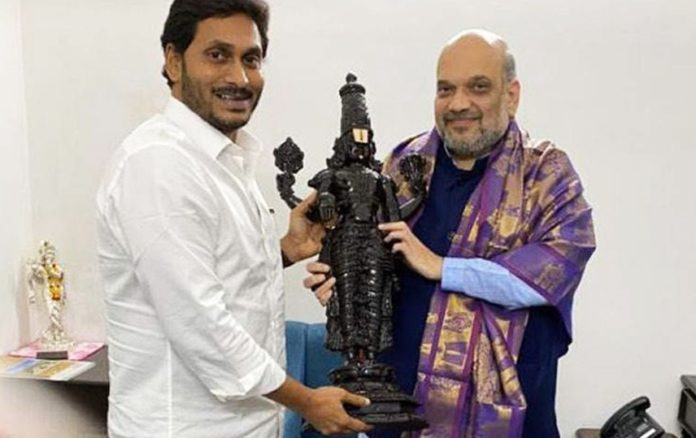 The most interesting meetings that Chief Minister Jagan Mohan Reddy had this year were two. One was with Prime Minister Narendra Modi and another with Home Minister Amit Shah. The meeting with Amit Shah went on for about 30 minutes. All the aspects of the State from Capital creation to Disha Bill were discussed.

Jagan had informed Amit Shah that the Polavaram Project has picked up speed with reverse tendering process. But he also asked to take measures to protect the safety of the people who live in low lying areas from floods, rain and overflow around the Polavaram Project. An update on receiving just Rs.10,610 Crores in this year as against to Rs. 22,000 Crores given to the previous government in their first year.

He also requested Amit Shah to give instructions to concerned departments to release all the pending funds that were supposed to be given to Andhra Pradesh State. Jagan Mohan Reddy had put stress on Special Status grant to Andhra Pradesh State and mentioned the 15th Economic Report where it mentioned that Central Government can approve Special Status as per their requirement without permission from others.

Special discussion was on how most of the infrastructure was left behind in Hyderabad and there is no development yet on departments such as Forensic Lab, State Operational Command, Control Center, Centralised Data Center, AP Police Academy etc were needed to be granted with equal funds from Central Government.