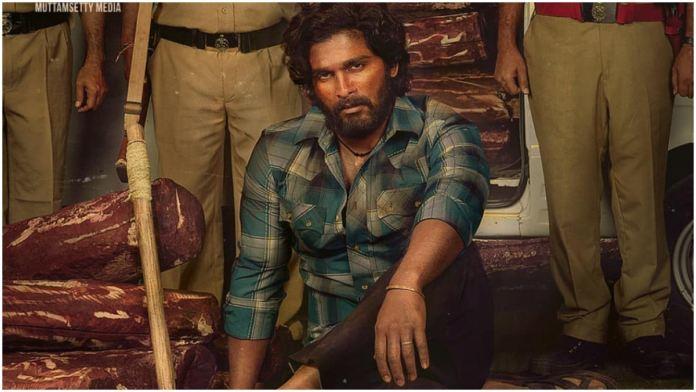 With the surge of Covid-19 cases in India, the shooting of Pushpa has been halted abruptly. Allu Arjun had also tested positive for the virus and later recovered from it.

After taking a brief gap due to the pandemic, the team is all set to resume the shoot from July 5th. As per reports, the makers of the film have planned a month-long schedule in Goa.

Reports suggest that director Sukumar has picked some unseen exotic locations in Goa and the team will be shooting there for about 30 days. The team will also shoot a song in this Goa schedule. Seems like the makers are trying to give a visual treat to the audience by shooting in the best places in India.

By now, we know Pushpa will be released in two parts. Pushpa second part shoot is expected to commence in mid-2022.

National Crush Rashmika Mandanna is playing the leading lady in this action thriller. Backed by Naveen Yerneni and Y Ravi Shankar under their production banner Mythri Movie Makers, Pushpa is expected to release end of the year in 5 languages including Telugu, Malayalam, Tamil, Kannada and Hindi.

Anil Ravipudi is changing his route with F3, which is up for release on the 27th of this month. The happening filmmaker has apparently...
Read more
Movie News

One of the most loved actors in Telugu cinema, Jr NTR is celebrating his 39th birthday today. On his special day, his fans and...
Read more
Movie News

Sivakarthikeyan’s next with Sai Pallavi gets a title

It is known that Kollywood star Sivakarthikeyan is teaming up with director Rajkumar Periasamy for his 21st film, which will be produced by Universal...
Read more
Movie Reviews

Senior actor Rajasekhar's film, Shekar under the direction of his wife Jeevitha has hit the screens today. Let's analyse it. Story: Shekar (Rajasekhar), an alcoholic cop having...
Read more

It is known that Janasena chief Pawan Kalyan is touring the Nalgonda district. During his visit to the district, the generous actor provided an...
Read more
Political News

Jagan’s blatant disrespect for TFI clear through these actors

Ahead of the 2019 elections, a slew of actors decided that they would be supporting YS Jagan Mohan Reddy, and after he became the...
Read more
Political News

Jagan voted as the best CM – a PR stunt?

It is known that Janasena chief Pawan Kalyan is touring the Nalgonda district. During his visit to the district, the generous actor provided an...
Read more
Movie News

Anil Ravipudi is changing his route with F3, which is up for release on the 27th of this month. The happening filmmaker has apparently...
Read more
Movie News

In a major development in the investigation of the 2019 Disha encounter case, a Supreme Court-appointed Justice Sirpurkar commission on Friday reported the police...
Read more