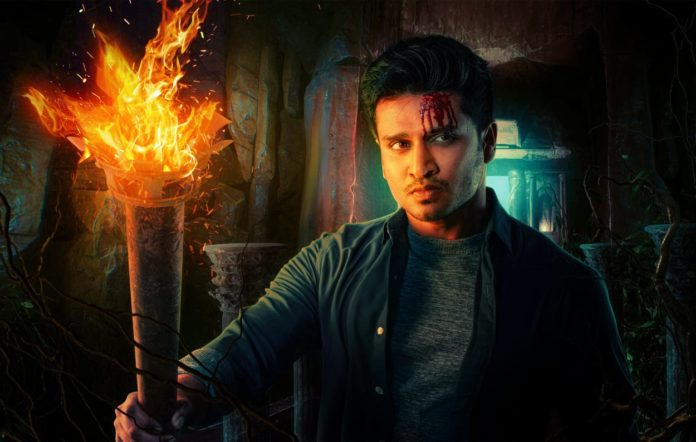 Although Karthikeya-2 got a few release date troubles before the release, the movie is now seeing a success streak in an unexpected way. The movie team has always said that Lord Krishna is driving them from the front. Looking at the results after the release of Karthikeya-2, this statement also seems true. Not only in Telugu, but the movie is also getting solid responses in Hindi due to strong content.

Many celebrities participated in the success meet of Karthikeya-2. Ace producer Allu Aravind, while speaking, shared many interesting things. The Nikhil starrer, which was released in only 50 theatres in Hindi, become 200 theatres on the second day and it added 500 more theatres on the 3rd day. This is a matter of happiness. He also mentioned the movie Pushpa, saying that it become a success due to its content.

Allu Aravind praised director Chandu Mondeti, saying it is good to have a film on Vishnu Tattva. “He did an excellent analysis of giving an adventure film a mythological base. Chandu achieved great success with his first film. He said that the movie shows our culture and the reasons for our beliefs in a beautiful way. We know Sri Krishna’s Leelas. But the director explained them with the help of science and technology, which bound the audience to their seats,” the producer said.

On the occasion of Naga Chaitanya's birthday, the makers of his upcoming film #NC22 today unveiled the first look and title of this Telugu-Tamil...
Read more