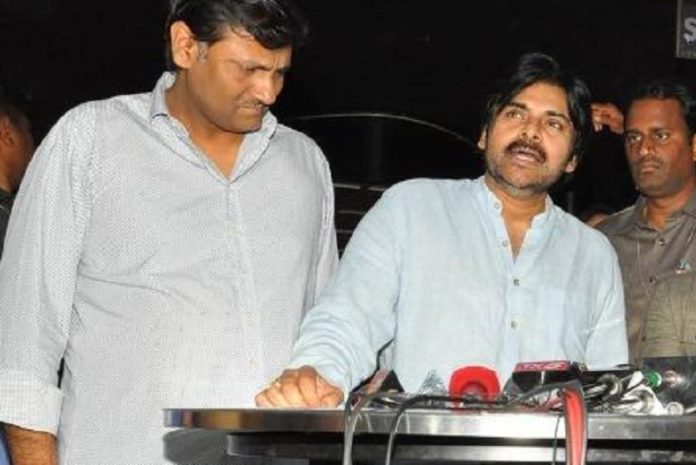 Just two days back, ace production house Mythri Movie Makers officially announced that they are bankrolling #PSPK28, which will be directed by Harish Shankar. Everyone surprised by the sudden official announcement of Mythri Movie Makers.

Why did Mythri Movie Makers make it official very suddenly? It looks like they have done it against Pawan Kalyan’s wish. Going into the details, it is heard that even though the film’s story is not finalized for #PSPK28, Mythri Movie Makers officially announced the film. They were miffed with Pawan Kalyan for doing Dil Raju and Ratnam’s movies instead of doing a film under their banner.

Therefore, they made an official announcement regarding #PSPK28 so that PK wouldn’t do any other films in between. A source close to Pawan Kalyan revealed that PK is reportedly angry with Mythri Movie Makers official announcement without his approval. Many of you don’t know that Pawan Kalyan is bound to honor their dates as they had given him Rs. 5 Crores advance nearly five years ago.

On the other hand, Pawan Kalyan is currently shooting for the Pink remake, which is being directed by Venu Sriram.