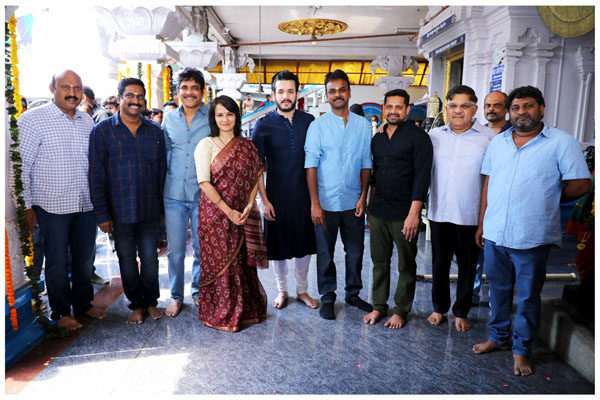 Akhil Akkineni’s next film tentatively titled #Akhil4 is creating enough buzz in recent times. Directed by ‘Bommarillu’ Bhaskar’, the film will showcase Akhil in a new avatar, which will impress everyone.

Recently, the makers have revealed that the title and first look poster of Akhil Akkineni’s next, #Akhil4, will be announced on 4th February at 5:15 PM. With this, there are many speculations surrounding the movie’s title.

Ravishing beauty Pooja Hegde plays the female lead in this movie. Blended with family emotions and romantic stuff, the story is said to have impressed Akkineni lad bit-time.

This film is jointly produced by Bunny Vas and Vasu Varma under GA2 Pictures banner. Gopi Sunder composes music. Popular Indian cinematographer V Manikandan, who made his Tollywood debut with Agnyaathavaasi, has been chosen for this flick.