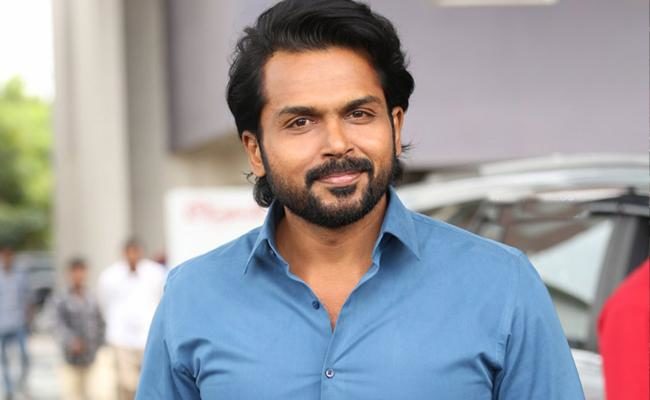 Karthi has recently scored a super hit with Khaidi and thus proved his caliber in both Tollywood and Kollywood. The film that hit the theaters with least expectations, was able to impress the audiences big time and thus witnessed some magical collections at the box office.

While the title Khaidi reminds one of Mega Star Chiranjeevi’s turning point film, now Karthi is picking up his next film, taking the title of Pawan Kalyan’s blockbuster 1999 film Thammudu.

Thambi (in Tamil) is all set to hit the theaters on December 20th in Telugu and Tamil simultaneously. Jeethu Joseph, who earlier directed Drishyam with Mohanlal as the lead, is directing the film. Karthi is collaborating with his sister-in-law Jyothi for Thambi.

Also read: Khaidi collections: A good pick up to Karthi in Telugu

As the title Thammudu already has a great history in Telugu, the makers are expecting that it would be helpful for the openings. Meanwhile, even Power Star fans are excited about Karthi picking up their hero’s title and are showering all the love to the Awaraa actor on the social media.