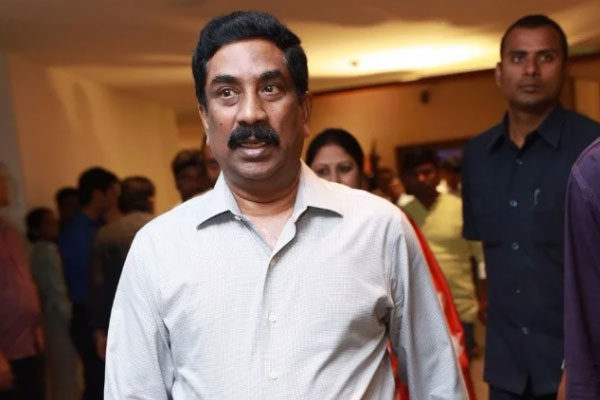 ABN Andhrajyothi MD Radhakrishna is famous for his criticisms aimed at Andhra Pradesh Chief Minister YS Jagan Mohan Reddy, and is very constantly criticising the CM as well. RK has now come up with a new set of criticisms and an interesting name for the CM as well. RK said that Jagan in button Baahubali, in the sense that the CM doesn’t care for Amaravati.

RK said that Jagan is a man who floated business empires worth 1000s of crores under his father’s regime and that the’s someone who established a media house worth Rs. 2000 Crores without the help of a loan. RK said that Jagan saying Amaravati is an impossible thing to achieve is a joke when compared to what he’s accomplished in the past. RK said that the real reason Jagan doesn’t want to develop Amaravati is because it’s the brainchild of TDP chief Nara Chandrababu Naidu.

Naidu was the one who proposed Amaravati as the capital of Andhra Pradesh and put forth the idea that a capital is a place where the High Court, Secretariat, and Assembly are situated. Naidu is also the one who promised to make Amaravati a world-class capital. RK pointed out that there were several instances where Jagan criticized Naidu for not being able to complete the construction of Amaravati within three years. He also said that Jagan has no real intention of completing Amaravati, which is why he is toying with the 3 capitals idea, and which is why he moved the Supreme Court six months after the High Court’s verdict with respect to Amaravati. RK also said that Amaravati is surely going to be the responsibility of the next government, as the Jagan government doesn’t seem interested to do anything about it.

Previous articleAllu Arjun shines in a massy commercial
Next articlePrabhas and Kriti dating: How true is it?