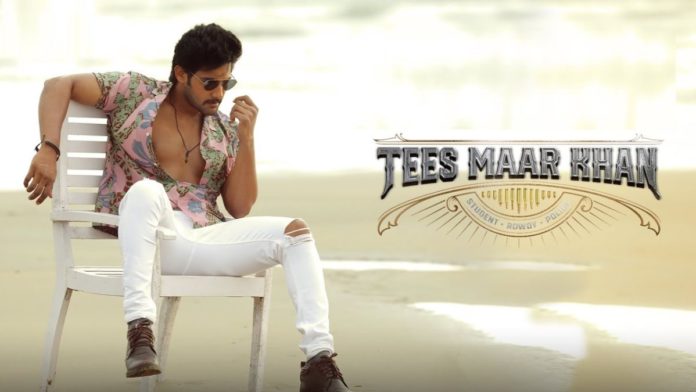 The film opens with the childhood episodes of Tees Maar Khan ( Aadi Saikumar) and his bonding with motherly girl Poorna( Poorna). They grow up together and eventually Poorna will gets married to Manikanta(Sunil). But under mysterious circumstances, Poorna will be found dead? How Poorna dies? Is there any conspiracy behind her death? What is Tees Maar Khan do to crack the mystery, forms the crucial crux of the film.

Aadi Saikumar is okay with his usual acting. There is no change in his appearance compared to previous films but tried to impress with his one-liners and punch dialogues at parts.

Aadi’s screen presence adds massy flavour to a couple of action blocks. Heroine Payal Rajput is glamorous on screen and her chemistry with Aadi Saikumar is showcased decently.

Poorna and Sunil did their limited roles quite effectively. Actor Srikanth Iyengar is impressive in his role as a dream big politician. Thakur Anoop Singh and Kabir Duhan Singh are fine in their respective roles as bad guys.

The cinematography work is decent as the photographer Bal Reddy used good frames for all key scenes. Editing work by Manikanth is okay as he kept the runtime within limits.

The music composed by Sai Karthik works at parts for the film. While all the songs are just passable on screen, the background score elevates a few action sequences in the second half.

The one-liner dialogues register well in both the halves. Production values for this limited budget film are good.

In an overview, Tees Maar Khan is a regular action flick that has a few heroic elevation episodes in both the halves. Though the film has scope to explore in a much better way, lack of gripping directional skills come as a major drawback for the film.