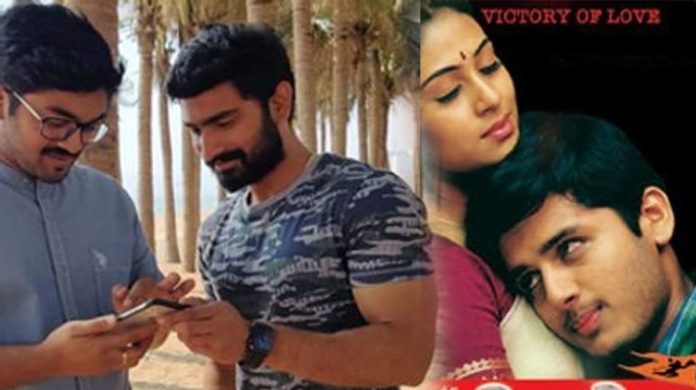 These days makers of other languages are so quick to find out the successful films and remake in their languages. Even before the movie release, there are instances that some movies remake rights were sold.

But here comes a film where it is being remade after 18 years of its release. The film is none other than Jayam which starred Nithiin and Sada in lead roles. It is the debut film for Nithiin and he has won best male debut film fare award for this film. Even Sada has grabbed the black lady.

Teja was in prime form during that period and this love story was a huge hit. Gopichand’s villanism has got good appreciations from all corners. Even these days, Jayam’s songs have been a sensation.

RP Patnaik, Kulasekhar combo has weaved magic with songs. Jayam has been remade in Tamil a year after. Ravi, son of Mohan Raja debuted with this flick and his name has been Jayam Ravi since then.

Now, Jayam is being remade in Sandalwood after 18 long years. Praveen who is a doctor is into acting this film. Currently the film is in pre production stages and more details are awaited regarding the project.