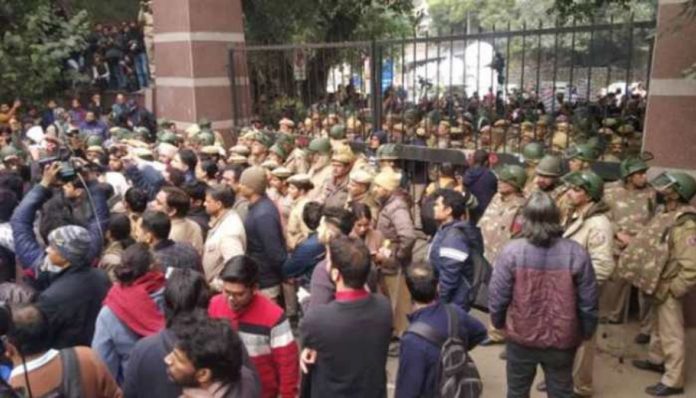 The Special Investigation Team formed by the Delhi Police in the violence that took place on the evening of January 5 at Jawaharlal Nehru University has achieved great success.

According to news agency ANI, the news is coming from the police sources. The SIT, which is investigating, has identified 37 people involved in the violence through the WhatsApp group Unity Against Left. They told us that there are a total of 60 members in this group.

Sansad Marg Marg Police Police has filed a case in connection with the demonstration at Shastri Bhavan in New Delhi demanding removal of VC and withdrawal of fee hike by JNU students and teachers.

According to the police, a large number of protesters gathered on Thursday to protest at Mandi House. He reached near Shastri Bhavan while performing. After that, a delegation of students met officials of the Ministry of Human Resource Development there.

But coming out, Aishi Ghosh told the students that their demands had not met. After which the protesters started going towards Rashtrapati Bhavan. During this time, the mild force also used. A case later registered at the Parliament Street police station in this case.