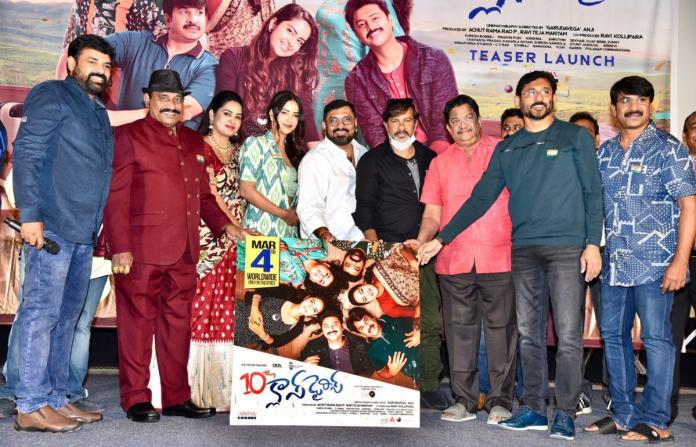 We know that renowned Telugu cinematographer Anji is making his directorial debut with an upcoming film “10th Class Diaries”. The romantic and youthful drama has Srikanth and Avika Gor in the lead roles.

During the launch, the director said that 10th Class Diaries will be like 96, My Autograph Sweet Memories and Kotha Bangaru Lokam type story.

Going by the teaser, we can see that the film is about various 15-year-old students in class ten, and it focuses on a boy and a girl who eventually falls for one another. But something happens between them and Avika Gor seems to be in trouble. However, the makers didn’t reveal what exactly happens in her life.